Better Beverage Campaign Brand Identity
Client: Richmond City Health District
In 2017, Richmond City Health District embarked on a community-wide campaign to reduce the consumption of sugary beverages in Richmond, VA. Borrowing from successful tactics implemented in other parts of the country, the health department set out to directly engage the community, deploying a team of volunteers who would offer bottled water to passersby in exchange for the sugary beverage they were carrying. To accompany this effort the health department sought to create a logo that could be printed on buttons and t-shirts that volunteers would wear as they went out into the community. 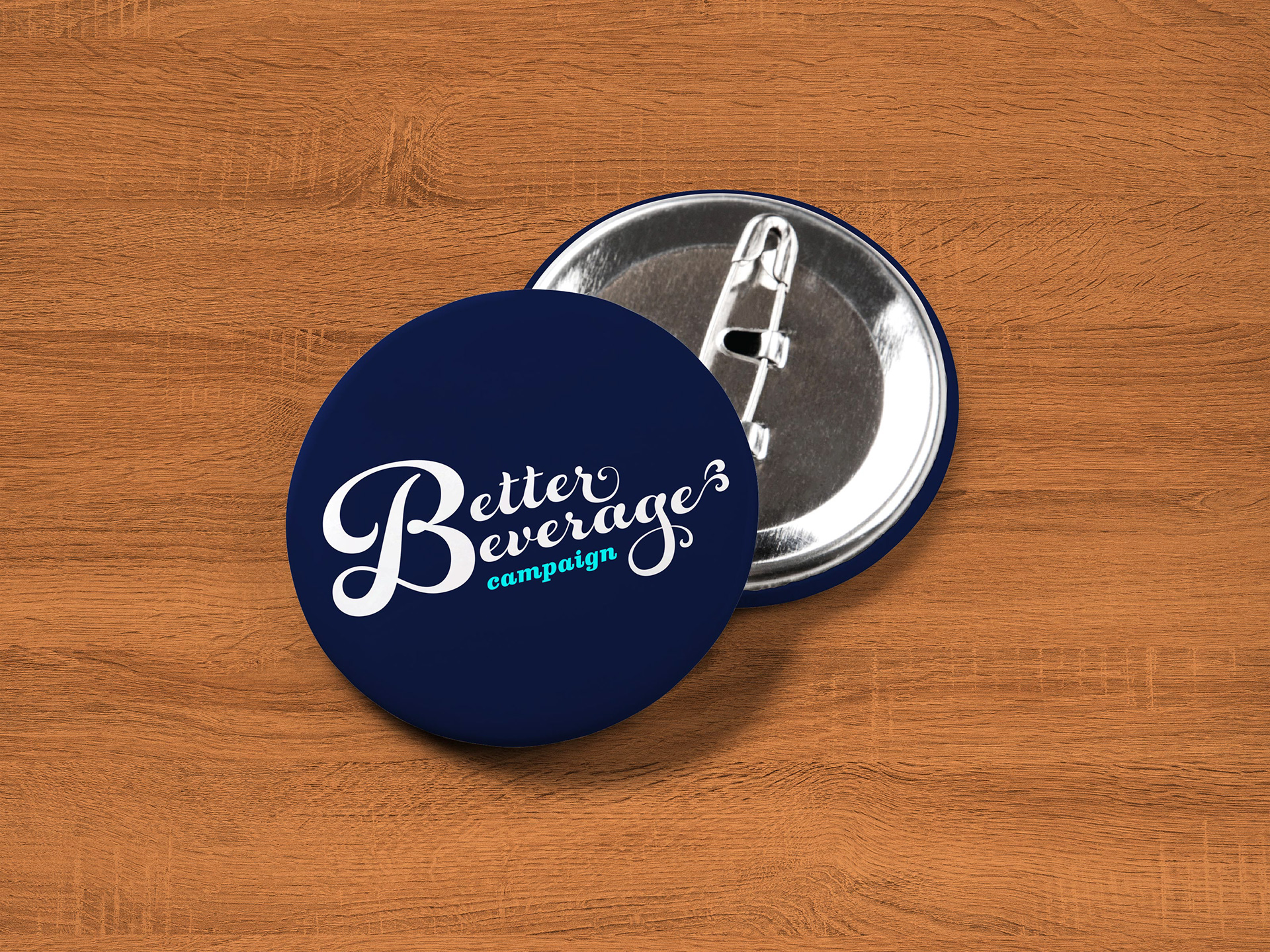 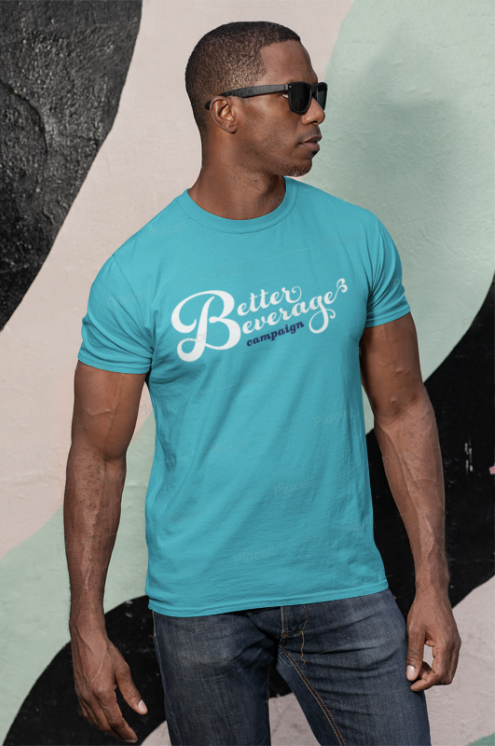 The campaign's focus was on increasing water consumption, so I chose a script font (Rosarian Bold) reminiscent of flowing water. Decorative splash design elements were added to the "e" of the word "beverage." The concept of water was further reinforced with a color palette of various shades of blue.